【MUP】The age of a side job in Japan 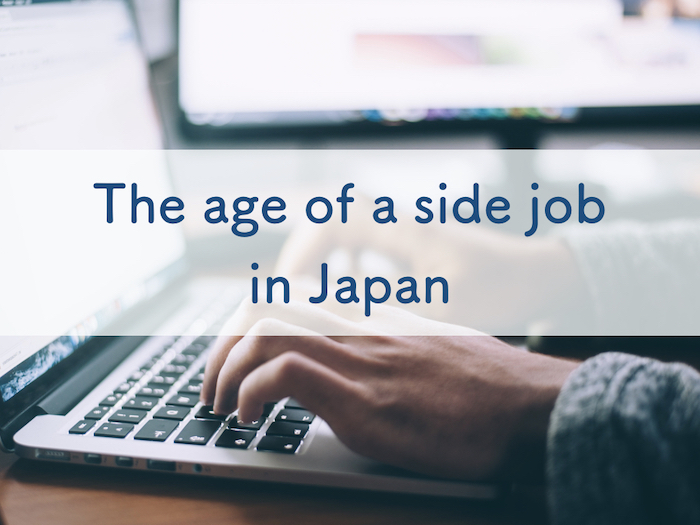 Today it is said that ‘the age of a side job’ in Japan, but do you know why?

The answer is neither the government nor companies can guarantee our life.

In Japan, it was originally said that we could start receiving pension at the age of 60.

However the age you can start receiving pension at is increased to 65, and it is expected that it  will be increasing more because the population of Japan is aging..

It means we can not reply on our pension, so we have to start a side job to save money until we retire.

Takehana-san’s video introduced three important things to survive this age of a side job.

Neither government nor companies can’t guarantee our life

The government clearly said it is difficult to guarantee our lives.

Saying it equivalent to saying that the government can’t take case the people.

In addition to that, they forced companies to guarantee our lives until the age of 70, which is called as ‘Teinen Koyo Doryoku’.

On the other hand, What Japanese companies think?

Do you know what this means?

Our employments are no longer guaranteed, although almost all Japanese companies had promised to employ us until 60.

So what should we do? The answer to this question is ‘side job’ to earn money by oneself.

Japanese companies which allow people to start side job have been increasing.

Some people start a side job and quit a main job they have been doing.

But you don’t need to quit the main job.

Even if you work for 10 hours in main job, sleep 6 hours and spend 4 hours on hobbies, you have 4 hours left.

But how many hours you spend on learning something?

According to some article, which researched how many hours people who work full-time learn outside of work in Asia, showed Japanese people learn the least in Asia.

Japan is the least in 14 countries.

It might be a good idea for Japanese to see how the current situation is.

How to do a side job?

Takehana-san’s video introduced three important things to survive this age of a side job, Post, Imitate and Continue.

There are two types of a side job.

One of them is ‘Solution type’.

The basis of this type of side job is to resolve ‘dis-‘ or ‘un-‘,  like ‘dissatisfaction’ and ‘uneconomic’.

The other is ‘Hobby type’.

This type of side job is to create a business based on what you want to do.

MUP college recommends this hobby type as a side job you should do.

If you have a main job and can make a living with earning from a main job, you don’t need to think about money at first when you start a side job.

What you have to do is just three things, ‘Post’, ‘Imitate’ and ‘Continue’ whatever you want to do as a side job.

For example, if you like games, you just play games with following steps.

It’s the most important to continue doing anything you start.

If you continue to post something, you can’t show your presence.

The number of subscribers has not grown suddenly.

You have to start making small efforts, get some feedback, and then improve it.

99.9% people can’t continue something, but you can’t be successful without continuing.

There are some people who ask ‘which media platform I should use to post something’, but Takehana-san recommends everything you can do.

You shouldn’t think about making money at first and have to take a first step, and it should be small.

If you have courage to take a first step today and start something, it will change your life within 2 or 3 years.